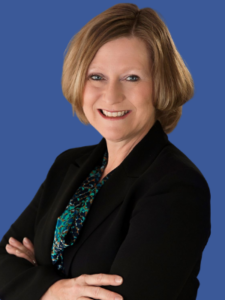 Owner and founder Rose Tring is a longtime print journalist with more than 25 years of media experience working at daily newspapers across the country.

A graduate of Marshall University in West Virginia, Tring began her career working for publications throughout the eastern United States. She earned writing awards in North Carolina for her coverage of mental health issues and a first-place business reporting award from the Indiana Press Association for her coverage of a plant closure and its impact on residents in the small town where it was located.

She moved to the West Coast in the early 1990s, working at daily newspapers in Los Angeles, Las Vegas, and Phoenix. During her tenure at the Daily News in Los Angeles, Tring assisted in coverage of the OJ Simpson trial and its verdict, the Malibu Canyon brush fires, and the 1994 Northridge Earthquake. In Las Vegas, Tring was an assistant city editor overseeing the coverage of the Ted Binion murder and subsequent trial. She was part of the editing team for a Pulitzer Prize finalist article about Dr. Kevorkian and a local woman seeking his services.

Closer to home, Tring held several editing positions including assistant business editor and senior editor at The Arizona Republic, the state’s largest newspaper. During nearly a decade as part of the Gannett-owned newspaper, she worked in multiple departments at the Republic including both the East and West valley offices and the city and business desks.
Tring also served as a web producer in arts and entertainment news for the state’s leading online news source, azcentral.com.

Rose lives in the West Valley with her husband and two sons. She enjoys camping and hiking throughout the Southwest.

This website uses cookies to improve your experience while you navigate through the website. Out of these, the cookies that are categorized as necessary are stored on your browser as they are essential for the working of basic functionalities of the website. We also use third-party cookies that help us analyze and understand how you use this website. These cookies will be stored in your browser only with your consent. You also have the option to opt-out of these cookies. But opting out of some of these cookies may affect your browsing experience.
Necessary Always Enabled

Any cookies that may not be particularly necessary for the website to function and is used specifically to collect user personal data via analytics, ads, other embedded contents are termed as non-necessary cookies. It is mandatory to procure user consent prior to running these cookies on your website.