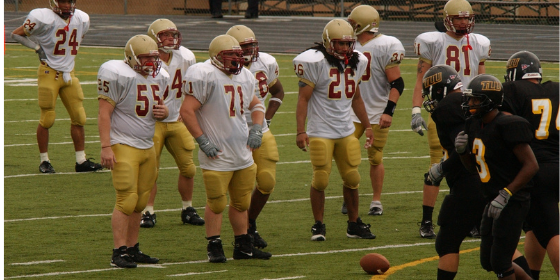 In the past, the NCAA did not allow college athletes to accept brand sponsorships of any kind. Courts overturned this ruling and now collegiate athletes can profit from their name or image. While this new allowance won’t affect every athlete, it can change the game for a number of players. Arizona is one of the states that is accepting these NIL laws moving forward. There are many more that are on board.

However, athletes must comply with several new rules. For example, an athlete cannot receive any kind of compensation unless services have been provided on their behalf. The promotions must be appropriate, as athletes avoid promotion of any kind of alcohol, gambling or drugs. Agents can be part of these benefits; schools cannot.

Student-athletes can access a portion of the billions of dollars generated annually by the college sports. A new report from BetArizona attempts to understand how social followings may help us predict how much these collegiate athletes may stand to earn should they monetize their NIL.  If you look at the most popular Arizona Division 1 sports teams at universities like the University of Arizona, Arizona State University (which has the most athlete social media followers), Northern Arizona University, and Grand Canyon University, men’s college basketball athletes are likely to benefit the most from platforms like Instagram, Facebook, Twitter, and TikTok. Women’s basketball/softball players are also highly popular.

The Arizona college athlete with the most earning potential based on his social media following is Marcus Bagley, from Arizona State’s basketball team. He has more than 360,000 followers between Instagram and Twitter. Unfortunately, there’s only a handful of Arizona athletes that are likely to make a big profit off these new rules, but many players can still reap the benefits.

The original rule prevented college athletes from making money off their brand to protect the amateur aspect of college sports. Essentially, it emphasized that being a student should be a priority before making money off of their sports performance. However, college sports generates a lot of money that student athletes can share in. Not only can players increase their earning potential, but they can bring in a lot more money now thanks to increased tickets sales, merchandise, and more.

The importance of brand consistency and how to nail it
November 1, 2022

How to use your Google Business Profile for business
April 9, 2022