Hashtags: Why they are important and how to use them on social media 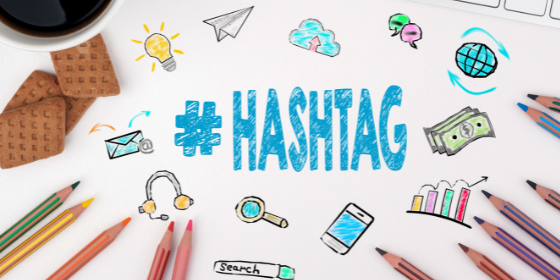 If you have spent any time at all on social media, you’ve heard at least something about hashtags. Chances are you probably have heard a lot more thanks to copious media coverage on trending topics such as #Metoo, a movement launched in 2017 for women speaking up about sexual abuse and harassment. The hashtag became a battle cry against such treatment. Other hashtags might be tied to an event, such as #Olympics or #Beijing2022.

The # symbol preceding a phrase or word denotes a meta tag – a code used on websites to help your content be found by searchers and search engines. Using a hashtag on social media platforms magically makes a word or phrase searchable across those platforms. Hashtags help others can find you, what you do, and what you stand for. We’re going to explain more about how and when to use hashtags on social media because it differs by platform

Hashtags are an essential search tool for anyone interested in your company, product, services, or industry. For example, food bloggers or foodies my be looking for seafood restaurants in town. They might be on the lookout for words and terms such as #seafood, #freshfish, #seafoodrestaurants, and so on. By properly tagging your posts with hashtags, you’ll snag these users. Once they find you, hopefully they follow you and head in for a meal at your restaurant.

Where to Use Hashtags

Hashtags are particularly essential on Twitter, Instagram, and LinkedIn. Facebook—which launched them way back in 2016—really began to champion them in 2020 , according to Facebook expert and blogger Mari Smith. There are two schools of thought on Facebook, however. There are many advocates for the judicious use of them, but other marketers insist they have little impact.

Smith suggests hashtags help with organic search and can help you improve your reach. Because organic impact is becoming more and more challenging, AZ Media Maven advocates for three to five hashtags on Facebook.  As with Instagram, users can type hashtags in the search bar on Facebook to bring up terms of interest. Facebook itself has a tutorial on their use.

What you absolutely, emphatically should not do is schedule a post for both Facebook and Instagram and leave your long list of hashtags in place for Facebook. Many people use automated programs where they can schedule multiple posts to different accounts simultaneously. It is very important that content be customized for each social media platform, especially hashtags.

How to Use Hashtags

Each social media platform has different recommendations on the number of hashtags. Instagram, for example, allows for up to 30. Best industry practices suggest 15 on Instagram, according to research done by AZ Media Maven.

Twitter, by allowing just 180 characters for your message, means being especially selective in which hashtags you choose. Each hashtag consumes some of those precious characters.

Deciding which hashtags to use is something of an art. Multiple tools are available for generating hashtags; this article lists several. AZ Media Maven frequently uses All-Hashtag.com. Smith suggests going back to some of your most popular Facebook posts and adding hashtags to give the post more legs.

Hashtags are a crucial part of social media strategy. Understanding which work for your small business is key to your success in marketing on social media. Even a quick guide to using them can be more than many business owners want to tackle. Please contact AZ Media Maven if you’re seeking a service to help with your social media needs.

AZ Media Maven is based in Laveen, AZ, a suburban village in the greater Phoenix area. Owner Rose Tring has more than 30 years of journalism experience as an editor and writer, many in business news. She created AZ Media Maven in 2012 to serve other business owners in learning how to best use social media and to provide affordable public relations services. Reach AZ Media Maven at azmediamaven@azmediamaven.com or call (602) 373-8371.

The importance of brand consistency and how to nail it
November 1, 2022